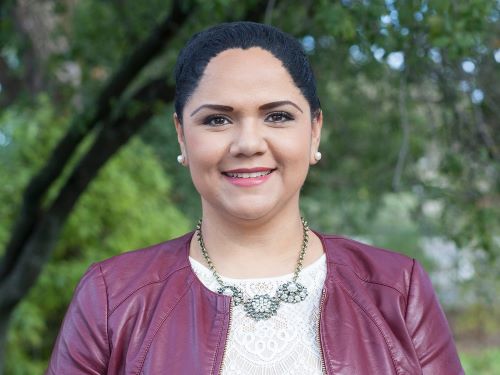 First-generation college student Ana Carreno knew that a rigorous education would help her move up the career ladder. With persistence and a passion for helping people, she is now the senior manager of Human Resources at La Tortilla Factory and she aims even higher.

Born and raised in Mexicali, Mexico until the age of five, Ana moved to California with her parents and her newborn brother in the 1980s. Initially settling in Pittsburg, the family relocated to Petaluma where Ana grew up and went to Petaluma High School. At the end of high school, she received the prestigious SRJC Doyle Scholarship. As a first-generation college student with limited resources, coming to the JC was a natural choice.

Ana initially wanted to be an attorney and while in college, she worked for personal injury law firms. She studied for a legal administrative assistant certificate while fulfilling all the general education requirements to transfer to a four-year university, hoping to go for legal studies. But in 2005 Ana was recruited into the Human Resources department at La Tortilla Factory and ended up falling in love with human resources work instead. Her supervisor suggested some classes about the HR legal aspects, so Ana learned about employment law and achieved a Human Resources Administration Certificate at the JC, then earned her BA from the University of San Francisco.

Always working full-time and taking as many classes as she could, Ana’s experience at SRJC was very positive. “Every instructor I’ve had [at Santa Rosa Junior College] has always been really responsive and understanding. I’ve always been a full-time worker. Between finding a good employer that allows me to go to school, and finding a good school that allows me to work… I think that’s one of the biggest things that stood out from the JC.”

Ana enjoys her work at La Tortilla Factory, especially because she has the chance to make the employees’ lives better. As she explained, “I’ve always liked helping people, perhaps because I was raised in a family of immigrants and saw how they struggled.” In Human Resources, she helps guide and manage the HR services, policies, staffing and programs. Her dream goal is to become a VP of the company.

She now lives with her husband and two children in Santa Rosa. Some of her plans for the future include returning to SRJC to learn more about one of her hobbies, photography.