How is SRJC connected to the Smithsonian, NASA, the legendary Hope diamond, Stanford, and Harvard? The answer is George Shirley Switzer.

Born in Petaluma in 1915, George Switzer was an SRJC student in 1933-1935. He came to the JC to study Chemistry. In 1934, he was thrilled to accompany Jesse Peter in one of his expeditions for the SRJC Museum, to make plaster casts from an extinct breed of prehistoric elephant prints discovered in Carson City, Nevada. Switzer was interested in archeology, geology, engineering, and photography, and he documented the expedition, later in life offering the original photos to the Jesse Peter Museum. He was the president of the Alpha Gamma Sigma honor society, member of the Lens and Shutter Club, and of the Engineers’ Club, and, as the 1934 Patrin yearbook mentioned under his name, “an excellent student, interested in all junior college projects.”

Following his passion for minerals and crystals, George Switzer became the associate curator in the Division of Mineralogy and Petrology at the National Museum of Natural History, Smithsonian Institution in Washington, DC. In 1958, his visionary work to develop a major national gem collection for the Smithsonian began with an elaborate effort resulting in the donation of the Hope diamond by the famed New York jeweler Harry Winston.

The Hope diamond, named “the most famous diamond in the world,” is believed to have been found in India, in the 1600s. The history of the 45.22 carats deep-blue diamond includes mysterious purchases, travels, a curse, and even the disappearance of the gem, across continents. Its most famous owner was King Louis XIV of France and later on it was worn by Marie Antoinette, the last queen of France. New York gem merchant Harry Winston purchased it in the late 1940s and was persuaded by George Switzer to donate it to the Smithsonian in 1958. Since then, the Hope diamond has been on permanent display among a vast collection of gems at the Smithsonian. Besides the legends created around the Hope diamond, it has the status of a rare scientific specimen.

George Switzer’s contributions to the national science went beyond gems. In the 1970s he helped the Smithsonian get a grant from NASA to purchase an electron probe micro-analyzer for minerals. The new sophisticated instrument helped Switzer’s team analyze samples of rock from the moon, collected by the Apollo 15 and Apollo 16 missions. This research was instrumental in determining that the moon never had water to support life.

Throughout his life, George Switzer’s visionary research contribution was so important that a new mineral was named in his honor – switzerite later called metaswitzerite. He retired from the Smithsonian in 1975, continuing his passion for science for the next decades. Switzer pursued his hobby of azalea propagation and was member or leader of various societies dedicated to the propagation of these beautiful flowering bushes. He passed away in March 2008, leaving behind a rich contribution to the sciences – and it all started at Santa Rosa Junior College. 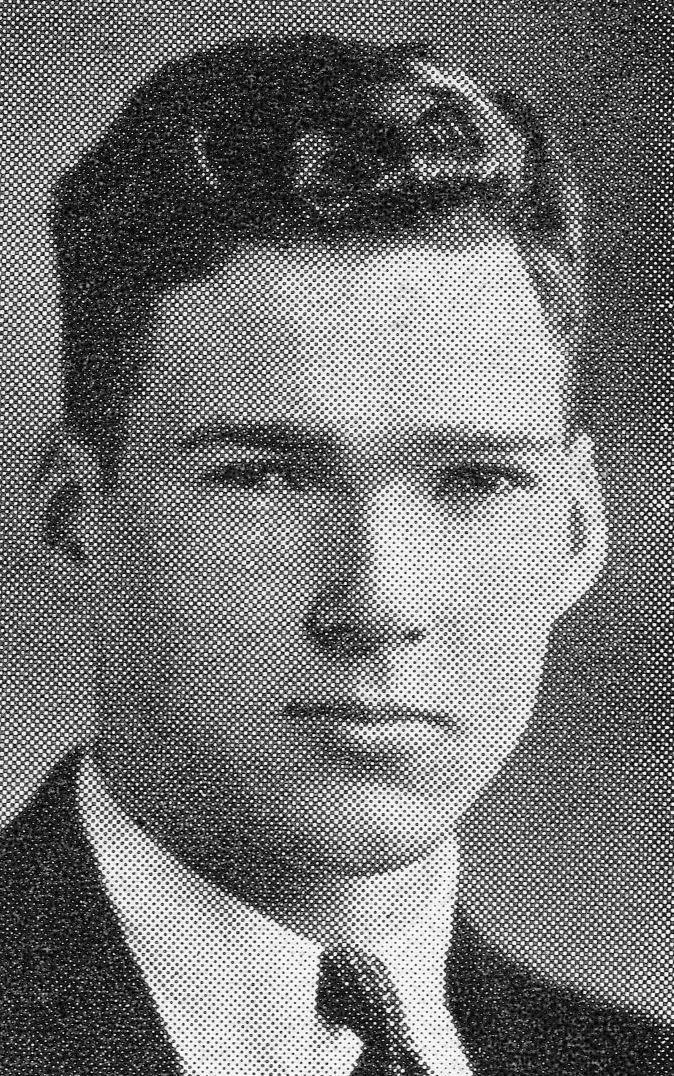 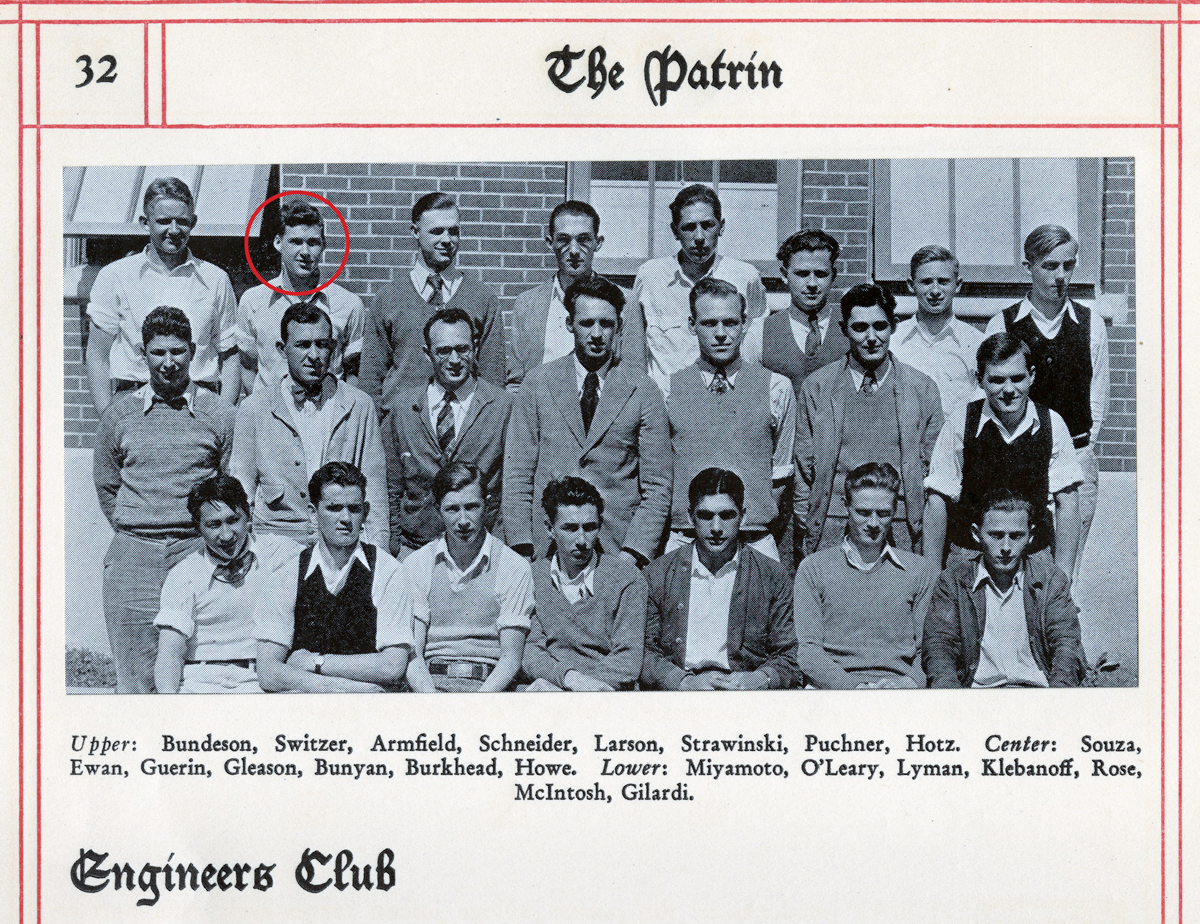 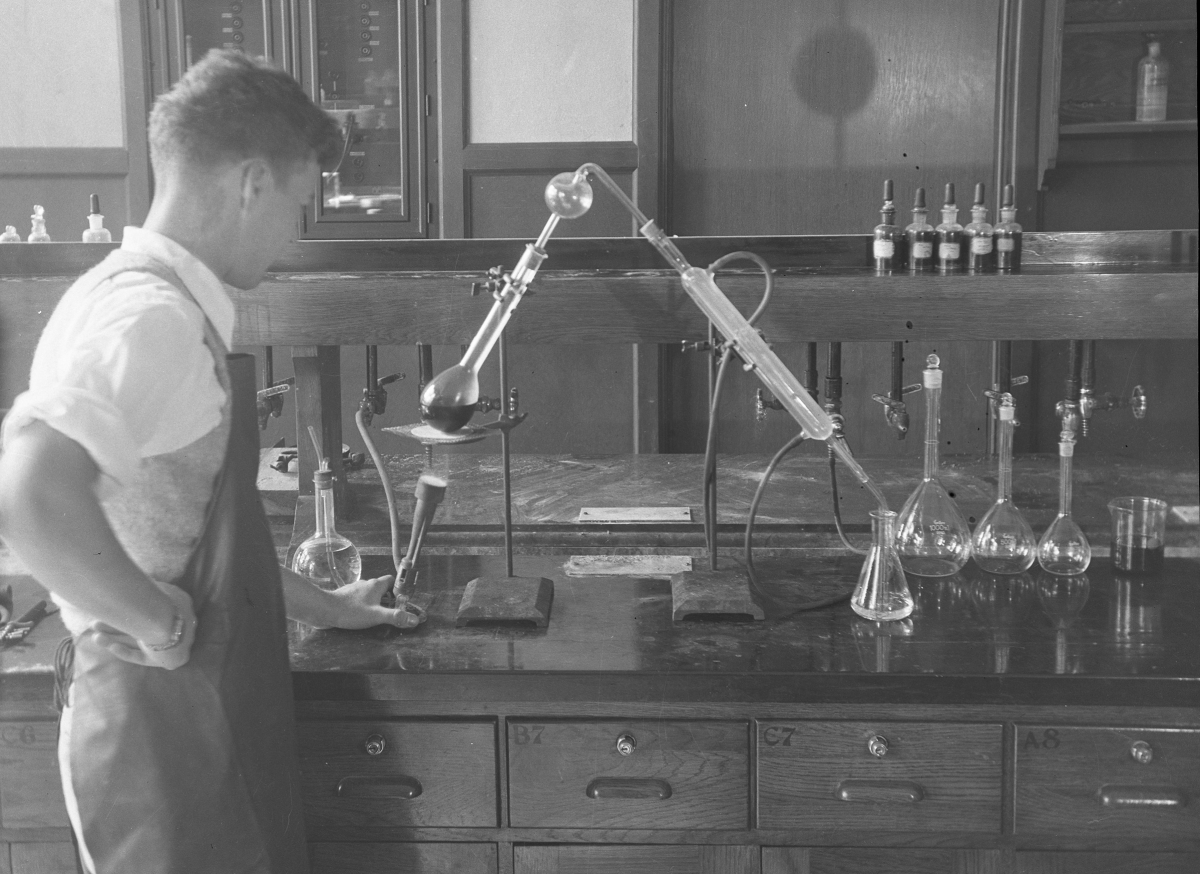 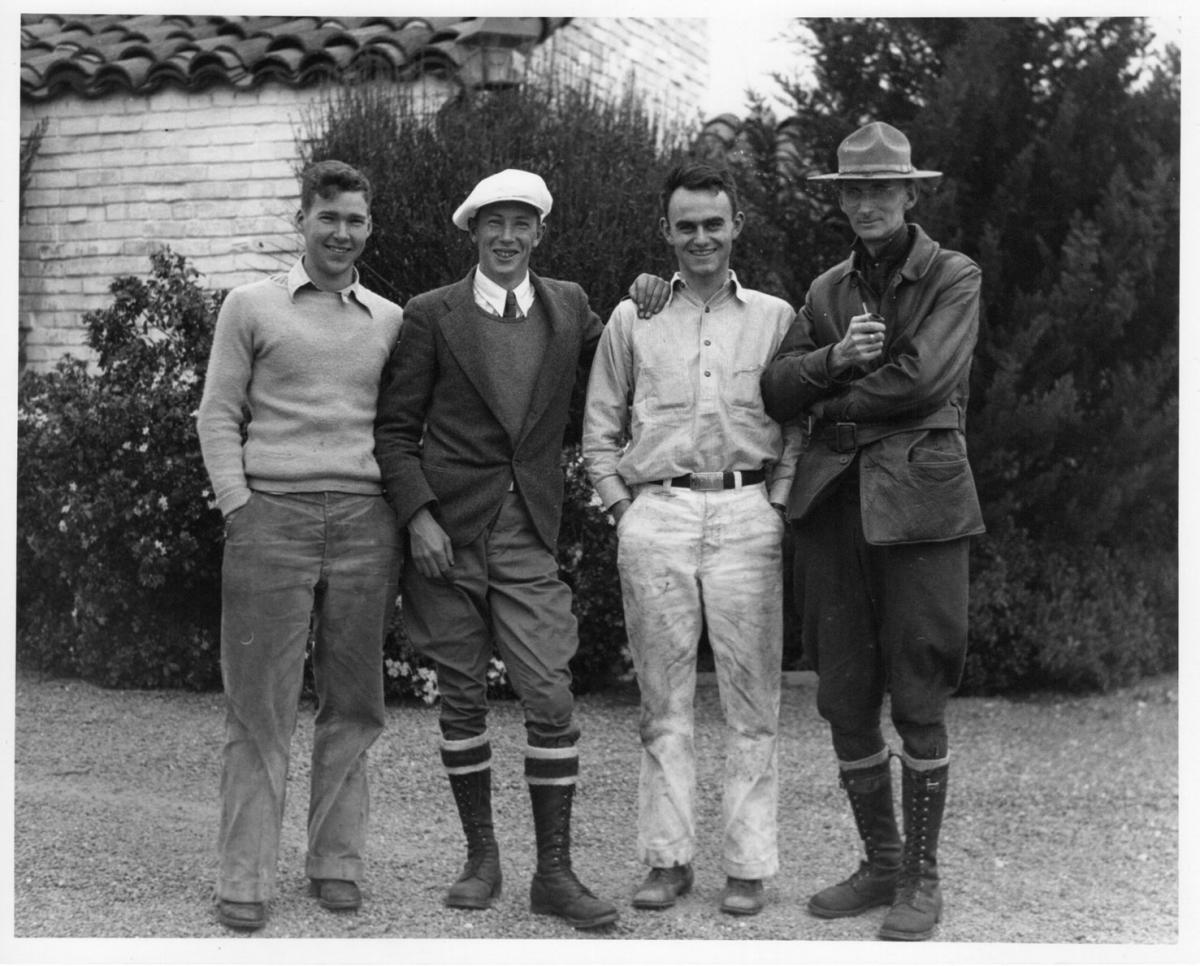 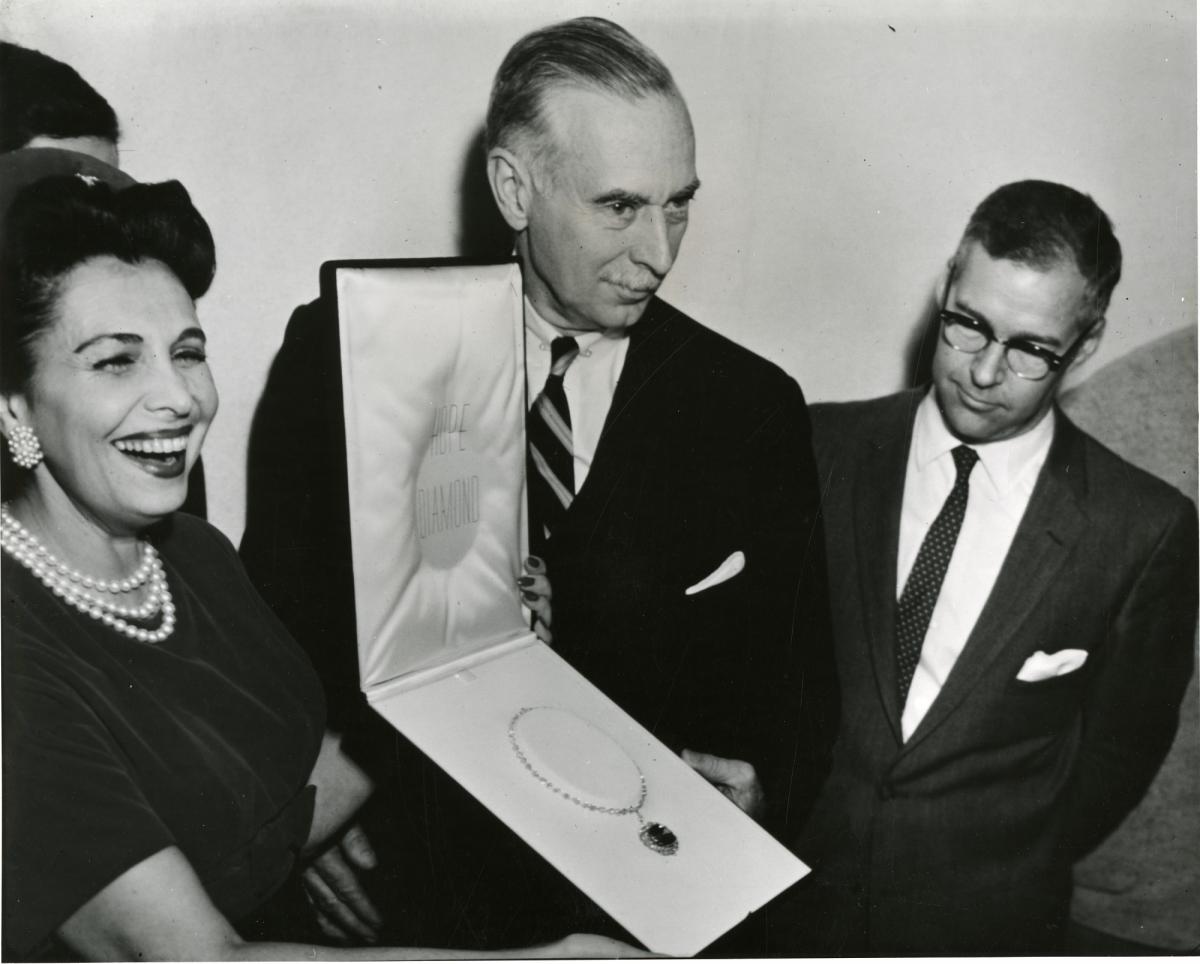 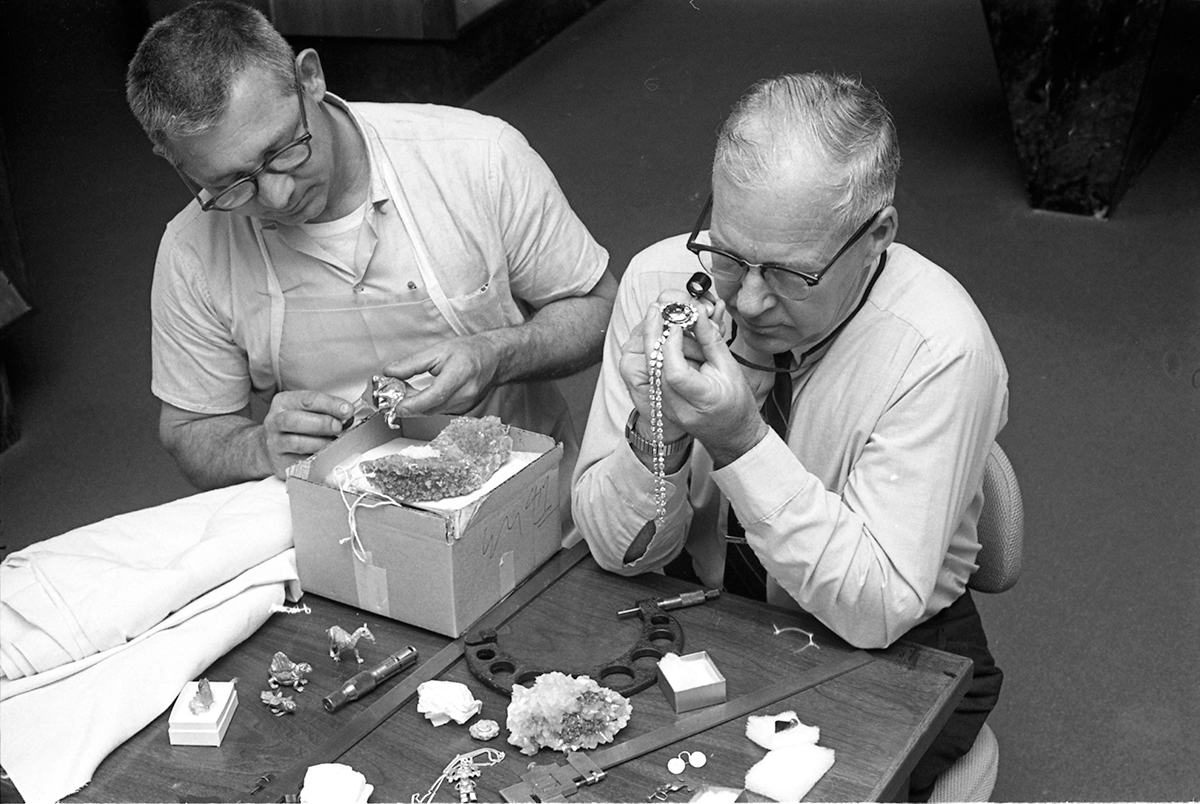 This story was possible with the help of: