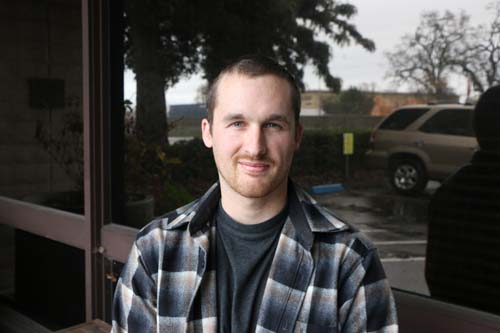 Originally from Sonoma, Nick was working as a cook at a local restaurant in Sonoma when he decided to attend the Culinary Arts Program at SRJC. “I took the bus from Sonoma to campus for my classes. In the winter, I got up before dark to catch the bus and returned home after dark.”

Although he has a passion for cooking, Nick has been interested in electronics since he was a little kid. After he finished the culinary program, Nick decided to pursue the electronics program at SRJC. “I was fortunate because there are some great professors who encouraged me. Mas Iimura was a great mentor and Dan Munton had a gift for keeping his students engaged in classes. I took the math classes and learned I was pretty good at math too, which led me to focus on engineering.”

Nick found a job in Sebastopol at EDC Technologies programming energy management systems for hot water systems in hotels when he finished the SRJC electronics program. “They encouraged me to stay in school and keep taking classes. I knew I wanted to go to a four-year university though and needed to focus full time on my lab classes at SRJC. I eventually quit work and built a tiny home in the backyard of my parents’ home. My dad was a sheet metal worker so we took two prefabricated shacks and converted it into a livable space. It allowed me to go to school full time so I could later transfer.”

At SRJC, Nick also joined the MESA (Mathematics Engineering Science Achievement) Program which helped him continue to excel in his studies. He transferred to UC Davis in Fall 2016 and will complete his Bachelors of Science in Electrical Engineering in June 2018. Recently, Nick had the opportunity to spend the summer in Brazil, assisting a local community with the development of hydroponic and aquaponics systems.

Nick looks forward to pursuing a graduate degree at UC Davis where he can continue his research in circuit board design and device physics. Once he completes his graduate degree, Nick will hold seven degrees from SRJC and UC Davis!