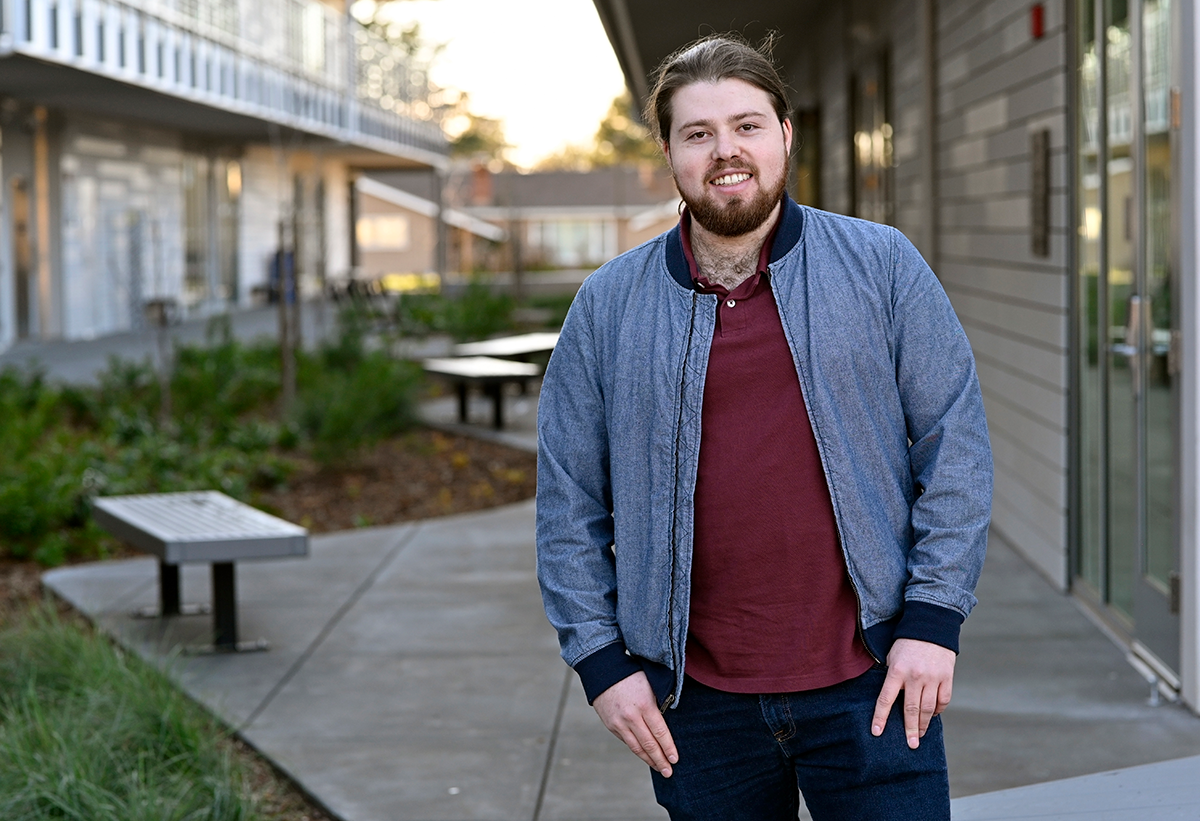 Like many families seeking a better future for their children, Vicente Pena Perez’s parents sought refuge in the US, to escape violence in Mexico City. Young Vicente stayed behind to continue his education and then joined them in 2016. The oldest of four siblings, when he arrived in Sonoma County he helped take care of his youngest two brothers and one sister, while his parents worked in the field picking grapes.

Vicente did not speak English when he arrived in the US and wanted very much to continue his studies and pursue a career based on his love for science. The way to continue his education was revealed by his mom, who was in the ESL program at Santa Rosa Junior College. She introduced him to Beatriz Camargo and Enedina Vera, from the High School Equivalency Program, who are constantly promoting education to the members of the migrant Latinx community. Vicente enrolled right away and excelled in everything he studied.

He completed his High School Equivalency in March 2016 and from there continued with credit English as a Second Language courses, and later with science classes. His interest in physics eventually took him to the MESA program before eventually becoming a Miles Scholar when the S-STEM Miles Scholarship program began.

As he reflected back to his beginnings at the JC, Vicente said: “It was very difficult because I didn’t know a lot of English. I could say hello and greet some people. I didn’t know a lot of words and I had to read a lot of books, as well. I didn’t have many friends, so I thought, what should I do? And that is why I liked the HEP program so much. That is where I met my first friends in the USA, and they are still my friends here. It was like a bridge connection between Mexico and the USA. It helped me feel like home when I first came here to the JC.”

Volunteering as a HEP Ambassador in the community helped Vicente make friends but also brought him a National HEP/CAMP Association scholarship in 2018 for his commitment to education. In the summer of 2019, he was selected to be an intern at the well-known Oak Ridge National Lab in Tennessee and continued exploring his passion for experimental physics. He helped two Ph.D. students do research on solar winds and got valuable knowledge in exchange.

Since he loved helping others, Vicente became a First-Year Peer Coach in the Welcome and Connect Center at the JC, assisting other students with their transition to college. Connecting with other students, giving them campus tours, and answering many anxious questions from freshmen was his favorite part of the job. And then the coronavirus pandemic hit, he was instrumental in helping many JC students set up their laptops and continue their classes online.

Vicente Pena Perez graduated at the end of the Spring 2020 semester with four associate degrees in natural science, mathematics, physics and has been accepted to UC Santa Cruz for fall, on a full scholarship. His dream is to work in research or become a theorist on gravitational physics.